SPOKANE – Central Valley continued its quest for a WIAA boys basketball state championship with a Regional playoff win over Federal Way on Saturday. The Bears held off the Eagles 76-72 and earned a bye into the quarterfinals of the Class 4A state tournament.

Central Valley had a balanced scoring attack, led by senior Noah Sanders, who scored 22 points — seven of which came late in the fourth quarter. Dylan Darling (17), Gavin Gilstrap (16), and Jayce Simmons (10) also scored in double figures for the Bears and Carsen Raab chipped in 9 points.

Federal Way had a chance to tie the game down 74-71 with less than 10 seconds remaining, but Central Valley fouled before the Eagles could get up a 3-point attempt. Erickson made the first free throw and purposefully missed the second but Federal Way was unable to grab the offensive rebound and were forced to foul. Sanders made two free throws on the other end to seal the victory for Central Valley.

Central Valley will play the winner of Skyview vs. West Valley (Yakima) on Thursday in the Tacoma Dome.

Federal Way will face Battle Ground on Wednesday at 7:15 p.m. in the Tacoma Dome. 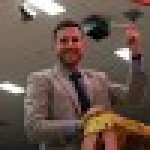 Thank you for joining the discussion on SBLive! Cancel reply

This site uses Akismet to reduce spam. Learn how your comment data is processed.

Get the top Washington high school sports headlines of the day delivered to your inbox.

Here are the best male athletes to come out of Stevens County, Washington

Here are the best female athletes to come out of Stevens County, Washington

From Drew Bledsoe to Eddie Feigner, here are the best male athletes to come out of Walla Walla County, Washington

Here are the best female athletes to come out of Walla Walla County, Washington